We analyzed the performance of the Intex iRist smartwatch, an original device that has its own slot to insert a SIM card in order to use the smartwatch as if it were a mobile phone, is it worth buying?

A risky bet on the smartwatch

Intex is a company that is currently in the process of expansion. Spain is one of the markets that wants to conquer, and for this reason several economic wearables have brought to our country. One of the main ones is the Intex iRist smartwatch, a watch with camera and Android operating system with a price of only 169 euros.

This is a great bet on the part of the company, which offers a device with amazing features. Several of them are difficult to see in other similar wearables. Its operation and usefulness is what we wanted to check in the analysis of the iRist, the smartwatch that works like a phone.

More than a watch, it’s a wristband phone. It can work completely independently of your smartphone if you insert a SIM card, as it has the ability to send and receive calls, as well as to install virtually all Google Play apps.

As a gift, in its box are included a Blueetooth headphones from the same manufacturer, ideal complement for the device. With this gadget, the iRist is an interesting watch to do sport without having to carry with your mobile.

A tank on your wrist 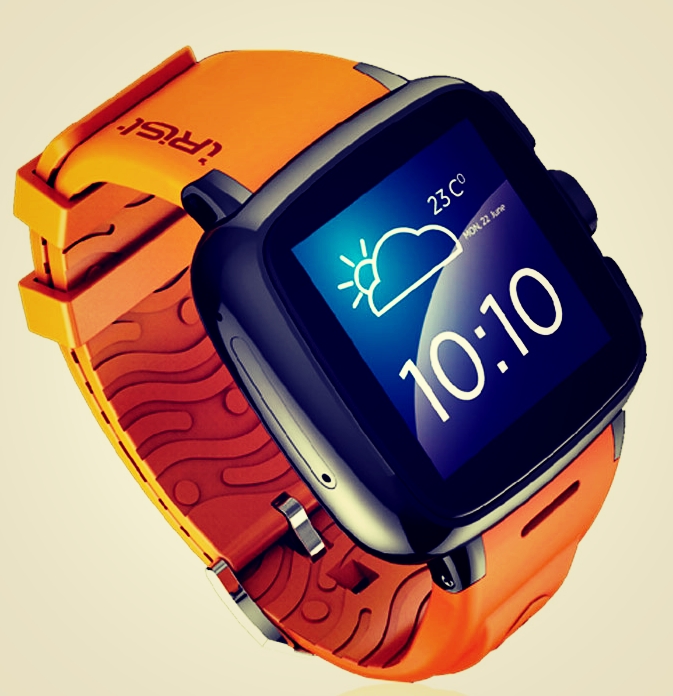 The first sensations conveyed by Intex’s iRist are misleading. It’s a rather spooky and heavy smartwatch, which can scare those looking for something more casual. However, once placed it is not uncomfortable at all. Its shape is quite similar to that of running watches.

We certainly do not talk about the most beautiful or discreet wearable, but in this case the company has wanted to give more importance to functionality.

Your bracelet is interchangeable in various colors: pink, orange and black. As a plus point is the material of which it is made, quite flexible and light. In addition, it absorbs body heat quite well, otherwise it would transform this smart watch with Android into uncomfortable during the summer months.

In this review of the Intex iRist we have tried to place it on both dolls, in order to form a more complete opinion. Sometimes more casual smartwatches sin on something that may seem absurd, but it’s not: they’re not comfortable for those who prefer to wear it on their right wrists.

This is not the case with this smartwatch, and its two buttons are located on the right side of your screen, so they are easily accessible in both hands. One drawback of putting it on your left wrist – the most common one – is that you can accidentally press the buttons by over-flexing it.

The touch of both is good. They yield slightly under pressure and transmit a slight vibration indicating when the pulsation has been performed effectively. They stand out a lot on the watch frame, so you’ll have no problem pressing them if you’re doing sports.

The key combinations will be discovered progressively, although the most useful is that of the screenshots, which are made by pressing both simultaneously. Between the two buttons, the Off/On button and the Back button, is located the camera of the Intex iRist, which we will talk about later.

At the moment it is sufficient to point out an important point: this watch is not a sporting smartwatch itself, but something more complex. Hence it has Android KitKat in its full version. It’s not submersible, although it’s water resistant: you won’t have to worry about sweat, splashes or steam, as long as they don’t come in large quantities.

The iRist lacks a always on display. This means that if you want to see what time it is, you will have to click on the unlock button. It can be an inconvenience, although it serves to save some battery.

The screen is square in shape, so more than a casual watch, it resembles a sporty one. It has a rather epromeous black frame around it, which may densure its appearance a little, although if the chosen frame is the black one is concealed a little.

With a size of 1.56 inches and a resolution of 240×240, your OLED display looks perfectly outdoors, as we have seen for this review of the Intex iRist. You won’t have trouble checking your notifications or changing songs. Visibility is good even in full sun, with hardly an

y reflections, something that is appreciated.

For full visibility, you’ll need to set the brightness to the maximum, with the consequent battery consumption it causes. You can also set it to automatic to suit the circumstances. It could improve in resolution and sharpness, but it offers everything you need for most users.

Logically, since it is a smartwatch, it presents some problems when it comes to tapping on certain items. However, once you get used to the touch, you’ll be able to open the apps you need without tapping on several on-screen objects.

All Android apps, at your fingertips

Many smartwatches and wearables have Android operating system. However, few equip it completely unlocked, something we have checked and enjoyed before pouring our opinion of the Intex iRist.

In it you will be able to download and install the applications from Google Play almost without limitation. Want to listen to music on Spotify? You can do it. Monitor your physical activity with Google Fit? Also. You can even send WhatsApp from your watch.

When choosing a watch with Android, you have to decide if you prefer it with an adapted version of it, like Android Wear, or if you prefer the experience without limitations. It’s a matter of your use of it. There are other alternatives, such as Samsung’s Tizen. All options have their advantages and drawbacks.

For example, with this version of KitKat for iRist, some menus and apps will be seen on a limited basis due to the screen size. Adapting to smartwatch is small, although in return you will access Android as if it were a mobile.

The only change that is clearly noticeable at first glance is the absence of the main desktop. It is impossible to place it due to the size and square shape of the screen of this smartwatch, so it has been replaced by several successive desktops with four apps in each of them. Depending on the installation of apps, more will be added.

The iRist is intended as a smart device capable of replacing your mobile phone at any time. Being a watch that can make calls is quite a statement of intent. To do this, it incorporates the Phone app that is present on all Android smartphones in the world, with identical operation.

The optimization that has been made to compress Google’s operating system is to be commended. Besides, it works like silk. Its performance leaves little to be desired, as software errors are completely absent. In this respect, our opinion on the Intex iRist is clear: its operation is magnificent, especially considering its price. 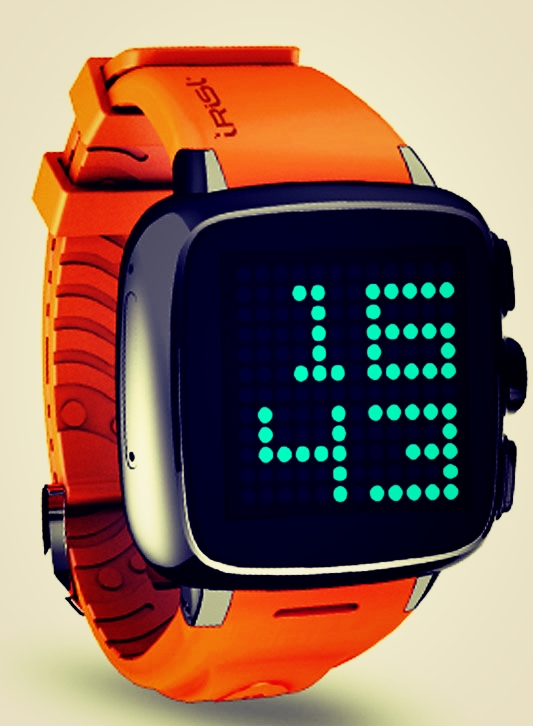 These good results are obtained with just 512 MB of RAM and an MTK6572 processor, nothing from the other world, although to be a wearable is not bad at all. In any case, optimization is responsible for its good behavior.

If you want, you can pair With your phone via Bluetooth. However, it is not necessary, because if you have WiFi you can connect to it and receive directly all emails, messages and calls on your wrist.

There are games, some of them with 3D graphics engine, that are compatible with the iRist, such as Pokémon GO. However, due to the size of your screen is not the best device to play.

It’s more like productivity apps, which will help the virtual assistant it brings in. It is certainly useful considering how complicated it can be to select items on the screen in what situations.